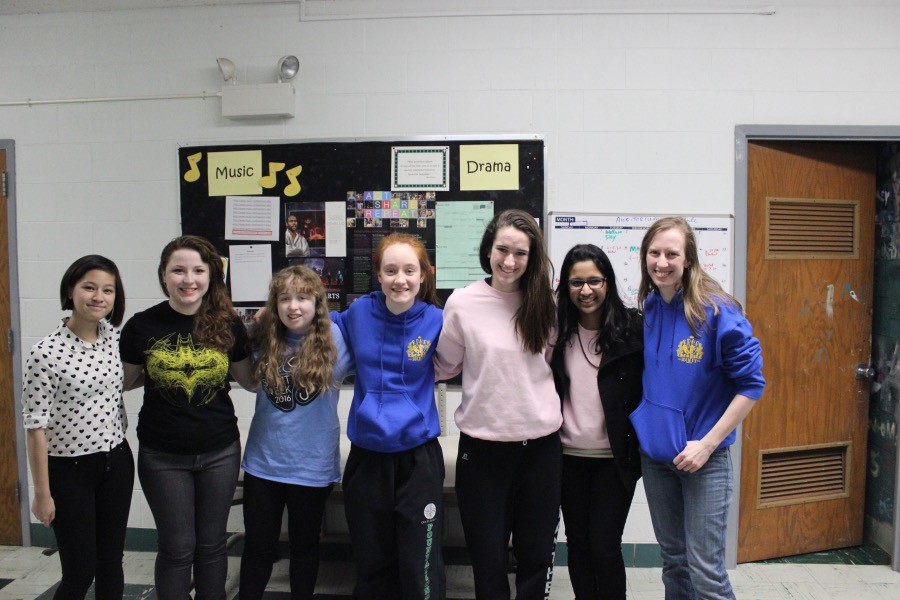 On Feb. 11 and 12, Regina’s thespians planned, wrote, and produced their annual 24 hour play. Starting on 4:30 pm on Thursday afternoon, Regina girls had exactly twenty four hours to write and rehearse a play that would be performed in front of a live audience the following day.

The girls got to work right away, brainstorming ideas. Shannon Bayless ’16 said, “This year, we split into two groups to write and perform our short, 10 minute plays. The theme was Valentine’s Day.”

With little time to waste, the girls worked hard to write the lines they would perform. “We spent Thursday night writing our plays and Friday we rehearsed them. In my group, we mainly memorized the plot of our skit and some of the lines. We were all able to cover for each other if a line was skipped or missed,” Bayless recounted.

When the groups were ready to start rehearsing their individual plays, they added the tech side, using microphones and lights. “My group decided that we wanted to add music and sounds into our play, so we worked with Krystyna Kaminski to put together that aspect of the performance,” Bayless added.

In the end the girls’ hard work paid off. “Both plays were really cute. Overall, it was a great experience and I will definitely miss it next year” Bayless finished.

The 24 hour play is a time for girls to bond, have fun, and write plays in only twenty four hours. With fun to be had and memories to be made, there is no doubt that next year’s play will be another success.