Electoral College: A Threat to a True Democracy? 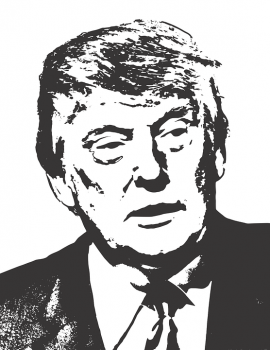 On Tues. Nov. 8, American citizens voted for one of the four party candidates running for president.  Because of the contentious election season and the final results, many citizens have been scratching their heads about the popular vote versus the electoral vote. In essence, many American citizens do not understand what their vote really means. Many know that it is the electoral college that, ultimately, chooses the new president. But, many people wonder if their vote actually means anything.

According to the Associated Press (AP),  The new president-elect, Donald J. Trump of the Republican party, won the electoral college vote with 306 votes, but Hillary Clinton won the popular vote by over 2 million votes at the time of press.   AP also stated that Libertarian Party candidate Gary Johnson received 3% of the popular votes , while the Green Party candidate, Jill Stein received 1%.  Other write-in candidates received 0.7%.

Although the presidential winner has been chosen, the electoral college doesn’t officially cast its state vote until Jan. 6, 2017. During the Nov. 8 election, the electoral vote depends upon the number of electors for each state, which corresponds to the number of congress members from each state. Each state must have three electors because all states have two senators and, at least, one representative from the House. However, the rest of the electors is based on a state’s population. For example, California has 2 senators and 53 representatives in the House of Representatives. Therefore, the state holds 55 electoral votes. The individual votes from each state decides which candidate receives the electoral college vote. The candidate who reaches 270 of the 538 electoral votes is the president-elect.

This system was constructed by the Constitutional Convention, which took place over 200 years ago in 1787.  The electoral college was a compromise made to ensure the democracy, but, at the same time,  provide assistance to people who were uninforned at the time. The system was meant to protect the people from making a huge mistake in voting for a president that they did not have enough information about. Because of this system,  the electoral college members are not constitutionally bound to vote for the candidate their state has chosen.

The citizens in each state voted for the candidate they want their electors to vote for. This ensures that all the states have a say in the president-elect. Cities like Chicago, Los Angeles, and New York City tend to vote democratic, which makes their states’ votes automatically lean democratic. However, their population of one city is more than many small states.

This creates a problem in the process. How can a population be represented without actually using the votes from the people?

Recent protests continue to take place across the country  because of presidential election results.  The protests support an “Anti-Trump” stance  demanding that the electoral college consider changing their votes of the candidate their state chose.

However, it should be noted that some  U.S. citizens  who remained unhappy about  this year’s nasty campaign, such as the San Francisco 49ers’ quarterback Colin Kaepernick,  chose not to vote; whereas others decided to vote for a third party candidate. Either of these options aided in the outcome that they did not want to happen. The votes for a third party, approximately 5% of the American people vote, ultimately, does not count and  those who voted for third party candidates decided the election results without even knowing it. Many who voted for a third party thought they were being helpful by voting for neither of the “evils” presented in this election, but, actually, they voted right into the hands of the republicans.

Interestingly enough, even president-elect Trump thought it was unfair four  years ago when he tweeted, “The electoral college is a disaster for democracy.”

However, let us not forget the wise words of the 16th president, Abraham Lincoln, who fought for democracy and equal rights for all.  He said “that this nation, under God, shall have a new birth of freedom — and that government of the people, by the people, and for the people, shall not perish from the earth.”

If this nation is, of, by, and for the people, why is the electoral college still standing?

I believe that the twentieth-first century people are capable of educating themselves on the political candidates. With the invention of the internet, social media, and mass media, I think the concerns that the founding fathers once had are no longer an issue for modern day America. I have faith in democracy and so did the founding fathers. If the electoral college were to be eliminated; it would restore a nation that truly is of, by, and for the people.