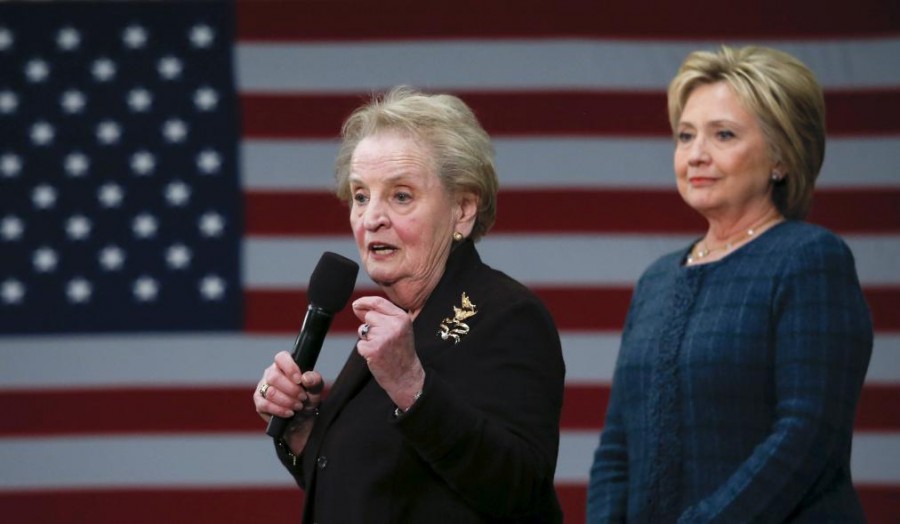 Recently, former Secretary of State and feminist icon Madeleine Albright repeated a remark that has aggravated many feminists across the nation, especially millennials.

On Feb. 7, at a Hillary Clinton rally in New Hampshire, Albright said her controversial line, “There’s a special place in hell for women who don’t help other women.”

The former Secretary of State has reiterated this quote for over 40 years; however, this time, she angled the statement so that it referred to the young female electorate that is currently not voting for Clinton.

Though Albright remarked to the press that she was “taken out of context,” one issue remains—being a feminist does not mean that young women like myself must vote for Hillary Clinton.

Feminism is a broadly interpreted term that has changed drastically since the advent of the feminist movement during the 1960s and 1970s. For many older generations of Americans, the word “feminism” can have a negative connotation, associated with bra-burning and man-shaming.

However, the current generation of young women truly do not identify with this image of feminism, and instead interprets the term simply as an advocacy for the equality of men and women. Many feminist ideals today include advocating for equal pay, ending the oversexualization of the female body, and ensuring the rights and fair treatment of victims of sexual assault, all in the interest of equalizing the sexes.

Being a woman who identifies as a feminist shouldn’t determine political vote. Carefully considering each candidate, his or her platforms, policies, and actions, independent of gender, is an action that truly represents feminism’s current definition. If women do not believe Hillary Clinton is the best candidate, then they should by no means be held responsible for voting her into office. Neither should women be shamed into voting for another candidate whose platforms they embrace, even if that candidate is a man.

This is not to say that it wouldn’t be a remarkable feminist achievement if a woman was voted into the highest office in the United States, arguably the world’s foremost political superpower. However, women should not necessarily vote for Hillary just because of her historical potential from a gender perspective. Women, and men for that matter, should vote for whoever they believe will be the best person to direct an entire branch of our government, no matter what their gender.

That person may or may not be Hillary Clinton—that is a matter of political opinion. The fact is that her gender should not sway my vote as a young woman, nor should it sway anyone else’s.

Being a feminist means that I value men and women equally, but it does not mean that I must vote for Hillary.